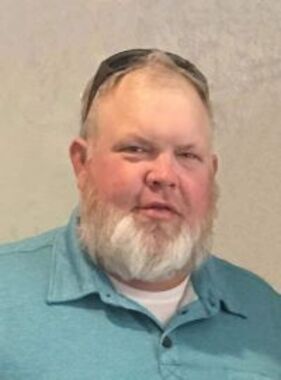 Back to Bret's story

Bret Kean "Chops" Austin, 44, of Shelbyville, IL passed away at 2:00 p.m. Thursday, January 9, 2020 in his residence with his friends and family by his side.
Funeral services will be held at 4:00 p.m. Sunday, January 12, 2020 in Howe & Yockey Funeral Home, Shelbyville, IL with Rev. Jared Bouton and Rev. Greg Breeden officiating. Visitation will be from 3:00-7:00 p.m. Saturday, January 11, 2020 and also from 3:00-4:00 p.m. Sunday both in the funeral home. A private family burial will take place in Glenwood Cemetery, Shelbyville, IL. Memorials may be given to Ducks Unlimited or the National Wild Turkey Federation, Lake Shelbyville Strutters Chapter.
Bret was born on August 4, 1975 in Mattoon, IL the son of Camron Kean and Kaye Lynne (Buzzard) Austin. He attended Shelbyville High School and graduated in the Class of 1994. Following high school, Bret began working in the concrete finishing and masonry trades. On August 31, 2009, he became a partner with Shane and Drew Fox in Fox and Austin Masonry in Shelbyville, IL. He was a member of Christ Tabernacle Church in Herrick, IL, Ducks Unlimited and National Wild Turkey Federation, Lake Shelbyville Strutters Chapter. Bret was an avid outdoorsman. He especially enjoyed duck hunting and boating on Lake Shelbyville.
Bret is survived by his son, Daric Austin of Shelbyville, IL; daughter, Andi Hall of Shelbyville, IL; the love of his life, Jessie Knearem and her sons, Austin and Alex Hobbs all of Shelbyville, IL; mother, Kaye Buzzard Carl (Tom) of Augusta, GA; brothers, Brock Austin (Crystal) of Shelbyville, IL, Christopher Austin (Tabitha) of Dalton City, IL, Noah Thomas (Nami) of Iwakuni, Japan and Howard Thomas (Amy) of Augusta, Georgia; several nieces and nephews; and his beloved dog, Yeti.
He was preceded in death by his father, Camron Kean Austin; and his grandparents, Dean and Mariann Austin, Elwin Buzzard and Beverly Kincaid.
Send condolences at www.howeandyockey.com
Published on January 10, 2020
To send flowers to the family of Bret K. "Chops" Austin, please visit Tribute Store.

Send flowers
in memory of Bret

A place to share condolences and memories.
The guestbook expires on April 09, 2020.