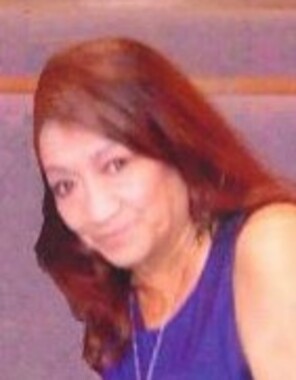 Back to Esther's story

Esther L. Sanchez, 70, of Shelbyville, IL passed away at 8:38 a.m. Thursday, February 6, 2020 in her residence.
Funeral services will be held at 3 p.m. Monday, February 10, 2020 in Howe and Yockey Funeral Home, Shelbyville, IL with Rev. Mark Sanders officiating. Visitation will be from 1:00-3:00 p.m. Monday in the funeral home. Burial will be in Glenwood Cemetery, Shelbyville, IL. Memorials may be given to the Shelbyville Memorial Sunken Garden.
Esther was born on September 12, 1949 in Chicago, IL, the daughter of Armando and Margret (Tobias) Alvarado. She married John M. Sanchez on February 15, 2003. John and Esther retired to Shelbyville in 2017 and made it their home. Esther enjoyed playing bingo, fishing, and spending time on Lake Shelbyville.
Esther is survived by her husband, John; sons, Joseph Schwertfeger of Chicago, IL, and Johnny M. Sanchez (Lisa) of Chicago, IL; daughter, Kristie Maloney (Scott) of Chicago, IL; three sisters, Carol, Jackie and Sharon; six brothers, Jerry, Jeff, Wayne, Bobby, Mike and Tim; and many grandchildren and great grandchildren.
She was preceded in death by her parents; daughter, Lyndie Schwertfeger; grandson, Joshua Guzman; two brothers, Randy and Dave Alvarado; and infant brother, Joseph Alvarado.
Send condolences at www.howeandyockey.com
Published on February 10, 2020
To send flowers to the family of Esther L. Sanchez, please visit Tribute Store.

Send flowers
in memory of Esther

A place to share condolences and memories.
The guestbook expires on May 10, 2020.