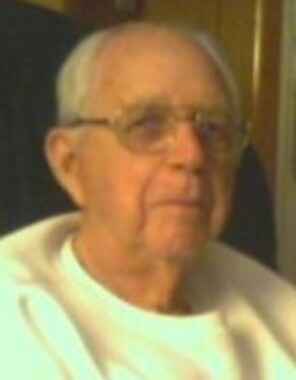 Back to Frederick's story

Frederick Reed, 96 of Shelbyville, passed away Wednesday, December 4, 2019 in St. John's Hospital, Springfield, IL.
Funeral services will be held at 12 p.m. Monday, December 9, in Howe and Yockey Funeral Home, Shelbyville, IL. Visitation from 4:00 - 6:00 p.m. Sunday. Burial will be in the Glenwood Cemetery, Shelbyville, IL with military rites by the Shelby County Honor Guard. Memorials may be given to the Shelbyville High School Mathematics Department or Shelby County Senior Center.
Mr. Reed was born on July 3, 1923 in Bethany, IL, the son of Iona B. Parker. Fred graduated from Stephen Decatur High School in 1940. He was a WWII U.S. Army Veteran serving with National Guard 105th Artillery New York. Fred graduated from Milliken University 1950 and later received many degrees from other universities. In 1951, he moved his family to Shelbyville to teach math at the "new" Shelbyville High School, retiring in 1983 after 32 years. He was a Park Ranger for the U.S. Corp of Engineers for 15 years. Frederick was a member of the First United Methodist Church, Shelbyville Lion's Club and Jackson Masonic Lodge #53. He married Shirley Ann Mahoney on September 6, 1947.
Fred's passion was mentoring his students and considered all former students his children.
Surviving are his children, Terie (Steven) Sumrall of Bloomington, IL, Jerie Brown (Roger) of Mattoon, IL and Barry (Rhonda) of Heyworth, IL; brother; grandchildren Eric Fisher (Connie), Courtney Button (Andy), Aaron Fisher (Erin), Angie Kelly (Todd), Jennifer Kuhl (Greg), Heath Reed (Amanda), Quentin Reed (Brittany), Bryce Reed, Brett Henneberg (Christine), Bryce Henneberg, Brian Henneberg, Dalten Right and 16 great-grandchildren along with his faithful companion "Sadie II".
He was preceded in death by his wife of 62 years Shirley Ann Mahoney, Mother and brother, George Moore.
Send condolences at www.howeandyockey.com
Published on December 5, 2019
To plant a tree in memory of Frederick Reed, please visit Tribute Store.

Plant a tree in memory
of Frederick

A place to share condolences and memories.
The guestbook expires on March 04, 2020.

Bob Johnston
Debi and I are now living in Florida, and have many friends remaining in Shelbyville. Working here at my computer, I am reminded of many blessings. Among these are the things taught to me by Fred Reed. He was my algebra teacher, later my friend. I was a "just fair student". He helped me in shop, and then how to make rudimentary shop drawings. All of these have stayed with me for my life. His concern for me and fellow students remain grateful memories. Thanks Fred and Shirley. Bob Johnston
Judith Price Brown
Mr. Reed was a great math teacher. Took time to explain various problems to those of us that were a little slow in catching on to Algebra and Trig. Also a great class sponsor for the class of 1960.
Larry Chaney
One of the best,class of 56
Rebecca Borah
I enjoyed sitting with Fred in the evening, he liked to watch Wheel of Fortune and Jeopardy and we would visit. I will miss seeing his lamp on at his patio door each night and seeing his little Sadie running in and out.
Judy Kummer
Barry, sorry for your loss. Not being able to speak to a parent is one of the hardest things to endure.
View all