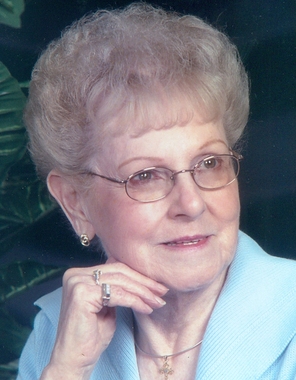 Back to Patricia's story

Patricia A. Shallenberger, 87, of Mission, TX, formerly of Shelbyville and Bement, IL, passed away at Comfort House in McAllen, TX on Tuesday, January 21, 2020.
Graveside services will be held at 11:00 a.m. Saturday, February 1, 2020 in Glenwood Cemetery, Shelbyville, IL with Rev. Greg Breeden officiating. Visitation will be from 9:30-11:00 a.m. Saturday in Howe and Yockey Funeral Home, Shelbyville, IL. In lieu of flowers, memorials may be given to Order of the Eastern Star Elect Lady Chapter 40 in Mattoon, IL or Comfort House in McAllen, TX.
Patricia was born on February 4, 1932 in Clinton, IL the daughter of Robert and Minnie (May) Seats. She attended Clinton High School, and worked for 32 years at Borg Warner in Decatur, IL. She married James A. "Bud" Shallenberger on November 18, 1961, and he preceded her in death on October 18, 2001. Pat was an avid bowler and enjoyed playing cards. She attended the First Church of the Nazarene in Shelbyville and was a member of the former Order of the Eastern Star Shelbyville Chapter #69.
She is survived by her two sons, Lyle Shallenberger of Denver, CO, and Mike (Dianne) Shallenberger of Shelbyville, IL; step-daughter, Jamie Horsman of Shelbyville, IL; grandchildren, Josh (Shannon) Shallenberger of Shelbyville, IL, Kristen (Stephen) Runyon of Mt. Zion, IL, Jousef Shallenberger of Denver, CO, Melanie (Matt) Stoner of Denver, CO, Janice (Dan) Roberts of Amite, LA, Tana (Jeff) Duck of Shelbyville, IL, Todd (Terri) Horsman of Shelbyville, IL, and Kendra (Peter) Meyer of Lombard, IL; several great great grandchildren; sister-in-law, Mary Seats of Portland, OR; and numerous nieces and nephews. Pat spent the last ten years of her life in Mission, TX where she enjoyed her companion, Frank Conroy and their many friends in Fiesta Village.
She was preceded in death by her parents; husband, Bud; step-son-in-law, Dick Horsman; brothers, Lyle (Grace) Seats and Robert Seats; sister, Norma (Fred) Roller; and brothers-in-law, Wilburn "Wib" (Phyllis) Shallenberger, John (Elizabeth) Shallenberger, George (Jean) Heinz and Warren (Opal) Jackson.
Send condolences at www.howeandyockey.com
Published on January 29, 2020
To plant a tree in memory of Patricia A. Shallenberger, please visit Tribute Store.

Plant a tree in memory
of Patricia

A place to share condolences and memories.
The guestbook expires on April 28, 2020.