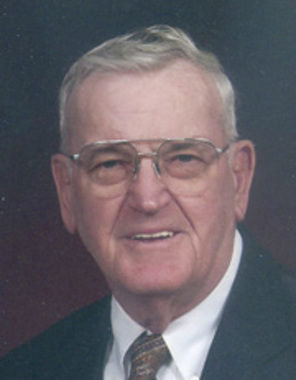 Back to Paul's story

Paul Franklin Compton, 94, of Shelbyville, IL died December 5, 2019 at 2:06 a.m.
Funeral services will be Monday, December 9, 2019 at 3:00 p.m. in Howe and Yockey Funeral Home, Shelbyville, IL with Rev. Jim Whitaker officiating. Visitation will be from 1:30 - 3:00 p.m. Monday at the funeral home. Burial will be in Mt. Zion Cemetery, near Shelbyville IL with military rites by the Shelby County Honor Guard. Memorials may be given to the Food Pantry at First United Methodist Church. Casual attire is requested.
Paul was born on June 15, 1925 at home in Clarksburg, IL, the son of Leverett and Della (Devore) Compton. Paul graduated 8th grade and stayed home to help work the farm so his sisters could continue their education. Paul served in the United States Army from December 3, 1948 until December 3, 1949 as a Sargent in the 130th Infantry Division; he then transferred to the National Guard serving until 1952. He worked as a welder for Oliver Company in Shelbyville. Paul married Mary Katherine Majors on January 9, 1955. Paul was a farmer, owned his own sawmill, bulldozer and did dozing and worked for Morman's Feed Company for many years. Later Paul was employed for the United States Post Office in Shelbyville, first as a custodian and later became a rural postal carrier. Paul delivered for all four rural routes in Shelbyville. During his retirement, he enjoyed gardening and selling his crop at the farmers market where he enjoyed visiting with people.
He is survived by his children Gerry (Rose) Compton of Shelbyville, IL; daughter, Katherine (Trent) Fisher of Salem, IN; three grandchildren, Jason (Megan LeMade) Compton, Sarah Katherine Fisher Gray (Dillon), and Adam Robert Fisher; and two great granddaughters, Madeline Compton and Eliza Compton.
Paul was preceded in death by his parents and all of his siblings, Elva Compton, June Roley, Royce Compton, Charles Compton, Eula Shattuck, Aileen Hougland, Helen Dishman, and twin sister who died at birth. Also preceding him in death are his wife "Kathy," a grandson Joshua Paul Compton, and a great granddaughter, Gabriella Rose Compton.
Paul knew not a stranger, had a very giving personality, and loved horses and his family. He will be deeply missed.
Send condolences at www.howeandyockey.com
Published on December 9, 2019
To plant a tree in memory of Paul F Compton, please visit Tribute Store.

Plant a tree in memory
of Paul

A place to share condolences and memories.
The guestbook expires on March 08, 2020.