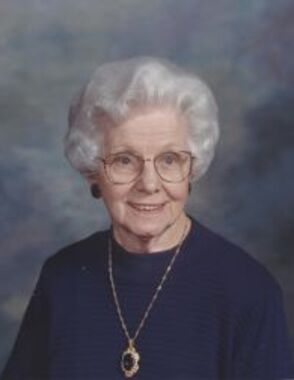 Back to Ruth's story

Ruth Whittington Lockart, 96, of Herrick, IL, formerly of Assumption, IL, passed away at 11:25 a.m. Tuesday, December 31, 2019 in Heritage Health, Pana, IL.
Funeral services will be held at 10:00 a.m. Saturday, January 4, 2020 in Howe and Yockey Funeral Home, Shelbyville, IL with Rev. Paul Dickerson officiating. Visitation will be from 9:00-10:00 a.m. Saturday, in the funeral home. Burial will be in Mound Cemetery, Cowden, IL. Memorials may be given to First Christian Church of Herrick.
Ruth was born on June 17, 1923 on the family farm north of Herrick, the daughter of Ray Miller Whittington and Sarah Bennett Whittington. Ruth graduated from Herrick High School with the Class of 1941. She married Roy Smith Lockart on May 27, 1946 in the Cowden Christian Church after he returned from the service with the Timberwolf Infantry Division, 104th Signal Corp. stationed in Central Europe. Roy preceded Ruth in death on November 24, 1999.
During WWII, Ruth joined the ranks of "Rosie the Riveters" and helped with the war effort. She graduated from the American Aircraft Institute in Chicago and studied sheet metal fabrication blue printing. She later worked for Howard Aircraft Industry in Chicago, riveting the cowling on the Utility Transport Planes called the "Nightingale". After WWII was about to end, the Navy canceled their contract and the plane was then used to transport the wounded. Ruth then left Chicago and entered Varners School of Beauty Culture in Paris, IL, taking her state board later in Chicago.
Ruth was a former member of the Assumption Christian Church, later transferring her membership to the First Christian Church of Herrick. Ruth was also a member of the Order of Eastern Star #682 in Assumption for over 50 years, and past matron of Tacusah Chapter. Ruth was a former member of Daughters of the American Revolution (DAR), and the Herrick American Legion Auxiliary #839.
Ruth is survived by her nieces, Cathy Thomas (Gary) of Decatur, IL and Connie Kopp of Arnold, MO; and nephews, Patrick Whittington of Macon, IL, Michael Whittington of Decatur, IL, and Bill Maxwell (Sue) of Decatur, IL.
She was preceded in death by her parents; husband, Roy; brother, Russell Whittington; sisters, Helen Maxwell, Viola Fuller, and Naomi Harrison; nieces, Carol Whittington Rose, Sandra Rae Maxwell; and nephew, Russel Joseph Whittington, who was killed in Vietnam.
Send condolences online at www.howeandyockey.com
Published on January 2, 2020
To send flowers to the family of Ruth Whittington Lockart, please visit Tribute Store.

Send flowers
in memory of Ruth

A place to share condolences and memories.
The guestbook expires on April 01, 2020.

Linda Chandler
We sure enjoyed visiting with Ruth in the past years. She was always smiling. You have our sympathy.
Sally Pruitt
Ruth was a lovely lady. She talked about her Riviter job and her life during War ll and after. She will be missed. My condolences, Cheryl.
View all