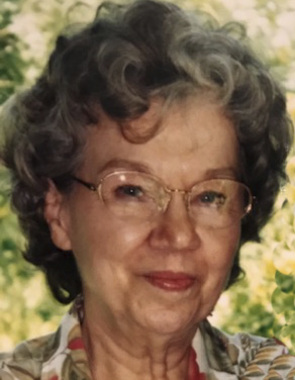 Back to Stella's story

Stella Mae Nelson, 88, of Shelbyville, IL, passed away at 11:33 a.m. Saturday, January 25, 2020 in her residence.
A memorial graveside service will be held at a later date in Camp Butler National Cemetery, Springfield, IL. Memorials may be given to Jackson Masonic Lodge #53.
Stella was born on May 19, 1931 in St. Elmo, IL, the daughter of Fred D. and Maude E. (Hicks) Miller. She attended high school in Assumption, IL. Stella married Floyd Charles Nelson on November 5, 1951. She owned and operated Nelson's Shoe Store and was a member of Order of the Eastern Star, both in Shelbyville. Stella was a talented musician and artist, and also enjoyed cooking, sewing and quilting.
Stella is survived by her husband, Charles; daughters, Terry L. Tallman (Brad) of Colorado Springs, CO, Debra L. Nelson Cline (Ken) of Colorado Springs, CO, and Cheryl D. Richardson (Stephen) of Shelburne, VT; brother, David L. Miller (Bonnie) of Pana, IL, 8 grandchildren, and 12 great grandchildren.
She was preceded in death by her parents; son, Charles Eugene Nelson; brothers, Fred Miller, Donald Miller and Gene Miller (Mary); sister, Gloria Lynch (Bill); and great granddaughter, Isabella Holmes.
Send condolences online at www.howeandyockey.com
Published on January 27, 2020
To send flowers to the family of Stella M. Nelson, please visit Tribute Store.

Send flowers
in memory of Stella

A place to share condolences and memories.
The guestbook expires on April 26, 2020.

Jutta Delano jelkes
My sweet stella I will miss you so much it was my pleasure to know you and to taken care of you for the last 9 months you will always be I. My memory rest at peace love Jutta
View all