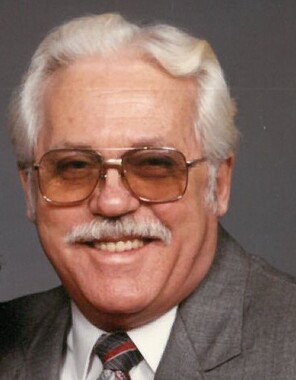 William L "Bill" Hall, 94, of Moweaqua, passed away January 22, 2020 at St. Mary's Hospital, Decatur, Illinois.
Services are being handled by Seitz Funeral Home in Moweaqua. Celebration of his life will be Tuesday, January 28, 2020 at 11:00 a.m. with visitation one hour before. Visitation will also be on Monday, January 27, 2020 from 4:00 - 7:00 p.m. with Masonic Service beginning at 7:00 p.m., all at the Funeral Home.
Burial will be in Westside Cemetery, Moweaqua, Illinois after the service.
Bill was born April 19, 1925 in Newberry, Indiana, the third and last child of Odis Bryan and Bessie Dale (Padgett) Hall. He graduated from Newberry High School in 1943 and worked at International Harvester in Evansville, Indiana before attending Bradley University in Peoria, Illinois, receiving a degree in Horology.
As a watchmaker, he worked briefly for Gish Jewelry in Amboy and later for Caterpillar Tractor Company in Peoria before transferring to Cat in Decatur, Illinois.
Bill married Randy Sue Schell on April 4, 1953 in Petersburg, Indiana. They shared 59 years together before her death on August 21, 2012. To this union was born Timarah (Timi) Kaufman. Bill and Randy left Indiana in 1956 to attend school in Peoria with intentions of returning to Indiana. Circumstances changed and they stayed in Illinois eventually settling in Moweaqua in 1960.
They opened Hall's Jewelry that year setting up shop in a bedroom of a home on South Main Street. Bill continued working at CAT through the early 60's while also repairing watches. As Hall's Jewelry grew, they relocated to 123 N Main, the Village Mall and in 1973, they went back to 230 South Main Street, the same place they first started their business in the bedroom of the house that previously stood there and built a brand-new retail store and residence.
Bill was a Registered Jeweler in the American Gem Society and loved to tell how he was one of few people in the world who had ever held the Hope Diamond in his hand. He and his wife Randy were steadfast members and supporters of the General Baptist Church of Moweaqua. Bill joined the Masonic Lodge in 1946 having reached the level of Master Mason during his 74 years of membership.
He was preceded in death by his wife, parents, brother Gerald, Sister Eula, nephew Max, and niece Jayne.
Bill is survived by daughter, Timi Kaufman of Moweaqua, Grandchildren, Natalie Kaufman (Eric Ruiz) of California, John William "Jack" (Shelby) Kaufman of Moweaqua, Catherine (Monte) Evans of Taylorville, Great-Grandchildren, Dylan, Kalen and Randi. Niece, Diane (Roy) Moulden, nephews, Ted (Hope) Ault and Mark Hall. Bill is also survived by two, extraordinary and devoted care givers, Cindy Anderson and Cindy Miller, both of Moweaqua, to which the family extends its deepest gratitude.
Bill's family also wishes to thank the staff of Imboden Creek Living Center and The Gardens for seven years of excellent care as well as the caring staff of St. Mary's Hospital.
Memorials can be made to The Salvation Army or Father Flanagan's Boys Home of Boys Town, Nebraska.
Seitz Funeral Home, Moweaqua has been entrusted with the care and service arrangements. Please visit www.seitzfh.com to view expanded obituary and send condolences to the family.
Published on January 24, 2020
To plant a tree in memory of William L. Hall, please visit Tribute Store.

Plant a tree in memory
of William

A place to share condolences and memories.
The guestbook expires on April 23, 2020.